It's never too late to go plant-based.

Twyla is passionate about sharing the benefits of a whole-food, plant-based lifestyle. As she says, "It's never too late to go plant-based." She shares her enthusiasm through cooking demos at farmer's markets, teaching plant-based living classes at Sacramento State University through the Renaissance Society, and on her website, Plant-Based Twy. She's also an administrator for the Sacramento Vegan Society.

Each month Twyla sends out a fresh, fun, and creative email packed with plant-based related news clips, motivational tips, recipes, and of course, jokes. But she'd like to see her subscription base grow.  She's participating in the startup accelerator to brush up on her technology skills and learn how to improve her email strategies with Kevin, a Startup Accelerator Guide.

While doing some food demos at the farmer’s market on using local and seasonal food, someone from Sacramento State came and asked if she'd like to do a class on vegan diets. She was concerned that there wouldn't be enough interest, but she needn't have worried - so many people registered for the course that the school had to find a bigger room.

Her popularity continued to grow when Chili Smith Family Foods, a local heirloom bean seller, asked her if she would do cooking classes in their shop. It became so popular that the owner started showing her sessions on his YouTube channel.

To further expand her reach, she'd like to build a presence on TikTok. While many people associate TikTok with millennials, she says,

"I've done my research. Older adults are one of the fastest-growing segments. Just like, we kind of took over Facebook. I've Googled older people on TikTok, and they are totally rocking it. Even younger people are watching them. I'm just going to try to carve out a niche for older people interested in plant-based eating.”

One evening at dinner when she was 16, she looked down at the pork chops on her plate and told her mom, "I can't eat meat anymore. It's just grossing me out." After seeing lobsters swimming in a tank at a seafood restaurant, she cut out seafood too. Instead, she ate lots of junk food that happened to be vegan.

Her father's death from a massive heart attack at 61 ultimately caused her to become serious about veganism.

"He had quintuple bypass surgery a couple of years earlier. And then when he just died I said, 'Something is going on here. He had this bypass surgery. Why didn't it work?'"

Her mother lived to be a little bit older, but she was on oxygen, 26 medications a day, and going to the doctor four or five times a week.

Tragedy struck again when her sister died of a heart attack at 52.

"It was just seeing my mom suffer so much. And then my sister died and my dad. It impacted me, not just because of them dying, but also to leave your grandkids and your kids so early and to see the suffering. I didn't want that. And, I didn't want anyone I know to end up like my mom in the last years of her life."

While some people in her classes are initially reluctant to go plant-based, they start feeling better and becoming healthier once they take the plunge.

"When I was teaching the class at Sacramento State, people with diabetes would come and tell me they got off metformin, and their A1C levels dropped. People come up to me and say, 'I can play with my grandkids. I don't worry about a heart attack. I'm living my life.' That makes all the difference. That makes me want to keep going. That is what drives me."

When Kevin asked how she planned to make money with her business, she told him she didn't want to charge anyone because she didn't have anything to sell. She wants to be an influencer.

"So I want businesses to come to me and say, 'Whoa, this person, she uses this. She uses that.' I went on a YouTube program called Chef AJ. She's a very famous plant-based chef. She interviewed me, and from that, because I mentioned Chili Smith, he received 78 new customers. My daughter encouraged me to ask him to pay me for promoting his business, and he agreed!"

Follow Twyla's progress with the Startup Accelerator Program. And, if you're considering changing to a plant-based diet, check out her website - https://www.plantbasedtwy.com. Her enthusiasm is so contagious that she'll almost certainly convert you to veganism!

Looking at the Upside of Aging Well and Managing Setbacks 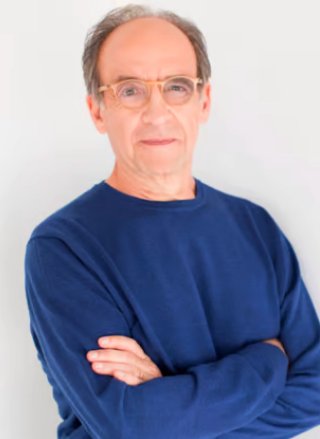 Taught by
Dr. Joseph Casciani
Psychologist
Book
Learn more
Classroom
This is some text inside of a div block.

Community voices
,
Job Skills
,
Related Articles
Startup Accelerator Spotlight: Deborah
She's ready to take her established business even further with her own website.
Community voices
,
Job Skills
,
Our Minds Matter…Embrace Mental Health
May is Mental Health Awareness month. Give your mind the care and attention it needs to thrive.
Well-being
,
Health
,
Guest Speakers: The Calendar Girls
Join this senior women’s dance team as they discuss their love of dance and how they give back to their community.
Guest Speaker
,
Aging Well
,

Looking at the Upside of Aging Well and Managing Setbacks